The Lean Six Sigma Green Belt training course has been developed for anyone who currently works in Project Management.

Throughout this training, you will learn about the DMAIC Cycle (Define Phase, Measure Phase, Analyse Phase, Improve Phase and Control Phase), explore Lean and Risk Management, SPC Tools and Techniques, and Improvement Mythologies, such as the 3Cs, 8Ds and DFSS.

We're proud of our excellent rating on Trustpilot, with over 11,000 reviews from our past students. 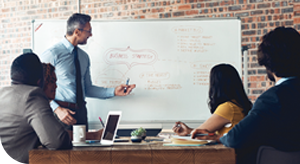 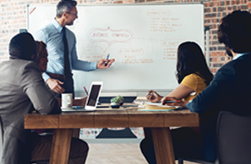 CEPAS - Lean Six Sigma Training and Certification CEPAS is an Italian personnel and training course certification body. It was established in 1994 to meet the market’s demand for the highest level of competence and experience in professional activities.

Is the Lean Six Sigma Green Belt course suitable for me?

The Lean Six Sigma Green Belt training course has been developed for anyone who currently works in Project Management.

This course would be suitable if you are a:

There are no prerequisites for this course except a willingness to take part and an open mind.

How will the Lean Six Sigma Green Belt ISO 18404 course benefit me?

The CEPAS Lean Six Sigma Yellow and Green Belt methodologies help you and your organisation increase customer satisfaction, reduce operational costs, and improve overall productivity. Having a better understanding of these techniques makes you an integral member of any project management team to help facilitate these improvements.

Lean principles teach you how to maximise your customer value and reduce areas of waste in your processes, creating better customer satisfaction and less wasted resources. Six Sigma principles will help you to reduce product and process variation. The combining of these two methodologies ensures a wide range of improvements within your organisation, including better business retention, a reduction in overall spending, and improved staff morale, customer satisfaction and loyalty.

Being an ISO 18404:2015 certified Lean Six Sigma professional, you will be in high demand because of your skill set and ability to problem solve. With an internationally recognised certification, you will have a much wider choice of employment opportunities to consider.

Other benefits of this course:

What jobs can I apply for after my Green Belt training?

When you have completed your Green Belt training and exam, you can start working in a range of Project Management job roles (outlined below) or study the Lean Six Sigma Certification for Black Belt training.

Typical Job titles and salaries at Green Belt level are:

We have developed an expert team over the last 10 years since our inception. In that time, we have trained over 600,000 delegates globally, which has helped offer the highest quality training, and we have earned a 5-star rating on Trustpilot, from over 10,000 students.

By refining our processes, partner relationships, and course materials, we can offer high-quality training solutions for our delegates.

As a Lean Six Sigma Green Belt, you'll learn how to improve a business. This will be achieved by demonstrating how Lean training and Six Sigma training can combine to teach you the terminology and understanding to a management level.

On completion of the course, you will be able to:

Your knowledge of Yellow Belt and Green Belt skills, knowledge and competencies will be tested and verified through these exams, as defined by the ISO 18404:2015:2015.

We recommend taking the CEPAS Lean Six Sigma Certification Exams within the first 6-weeks after your course completion date.

About CEPAS, a Bureau Veritas company

About CEPAS, a Bureau Veritas company

Bureau Veritas has been an international leader in testing, inspection, and certification services for almost 200 years!

Since its inception in 2015, ISO 18404:2015 has provided an internationally recognised benchmark for Lean Six Sigma methodologies.

ISO 18404:2015 defines the approaches organisations are required to have employed to meet the required standards, and very few training organisations around the world are independently accredited to deliver Lean Six Sigma Certifications aligned to ISO18404:2015.

e-Careers is the official training provider nominated by CEPAS, A Bureau Veritas Company to deliver ISO18404:2015 Lean Six Sigma Certifications to individuals across the globe.

Why is there a need for an ISO standard for Lean Six Sigma?

With no universal standard for Lean Six Sigma, training results varied widely between delegates, making it hard for employers to see the true value of an individual and their experience. As many training courses were either uncertified or not certified to a high enough standard, ISO 18404:2015 was introduced to become a strict Lean Six Sigma standard.

Being trained to the strict ISO 18404:2015 standard enables you to confidently explain to others that you meet the single standard of Lean Six Sigma, making you a valuable, highly trained Lean Six Sigma team member. ISO 18404:2015 certification holders are highly sought after, and your certificates will showcase your knowledge and skills to future employers. ISO 18404:2015 certificates are internationally recognised, and your credentials will be published on an online public register, accessible by employers and clients.

Originally, ISO 18404:2015 was a complex and hard standard to achieve. CEPAS, Bureau Veritas and e-Careers has made it both simple and affordable now.

By meeting the ISO 18404:2015 competencies help to make you valuable and employable throughout a wide range of managerial roles in this industry.

We're Trusted by
Trustpilot
Hundreds of thousands of individuals, small businesses and large corporations continuously put their trust in e-Careers.​
We are proud to have trained individuals who work for some of the world’s largest companies, including:​

Choose any one from a HP Laptop, Fitbit Versa 2 or Apple Airpods*.